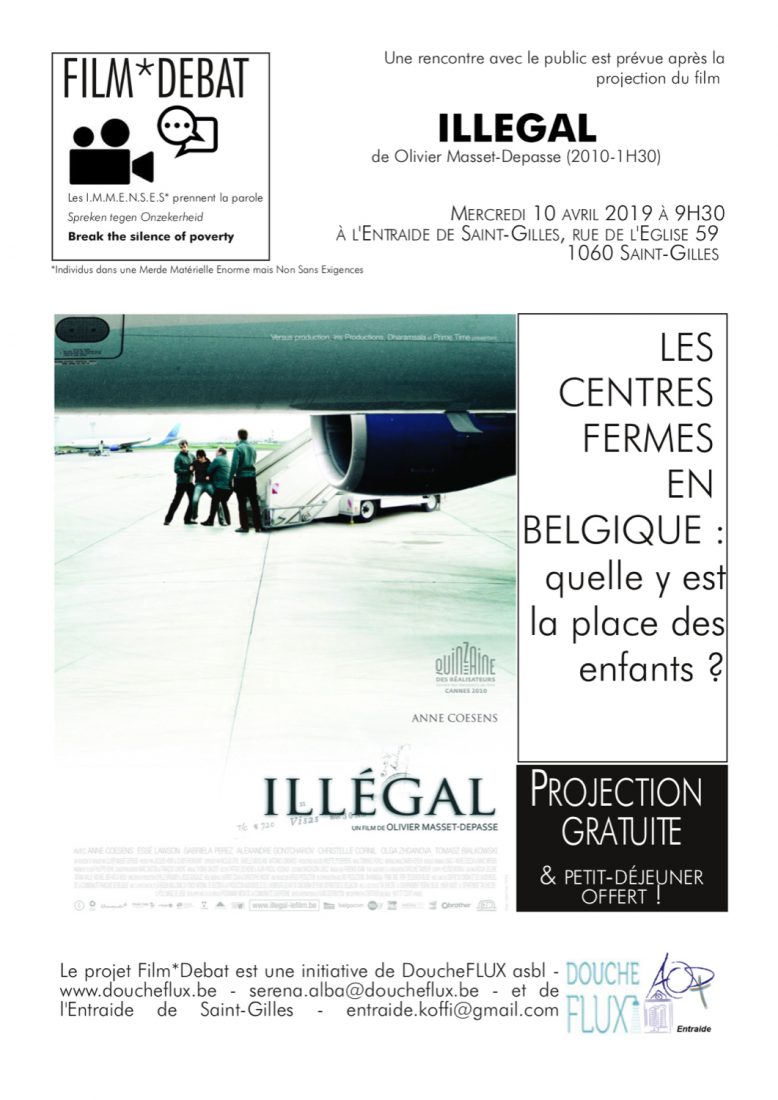 This spring we have chosen a Belgian film which brutally reflects reality, Illegal
(Watch the trailer).

‘Tania and her 14-year old son Ivan are Russians who have been living illegally in Belgium for eight years. Constantly on the alert, Tania is always afraid of police checks. One day she gets arrested. Mother and son are separated. Tania is placed in a detention centre. She will do anything to find her son, but cannot overcome the threat of being expelled from the country.’

Debate: What is it like for children being held in detention closed centres in Belgium?