Historically, the population of the centre of Brussels has always included a large proportion of poor people, and this is still the case today. People from all over the country come to Brussels with the hope of finding new opportunities and a better life. The city also draws a lot of asylum seekers, both with and without papers. The situation in the capital of Europe is getting worse and is now quite alarming: 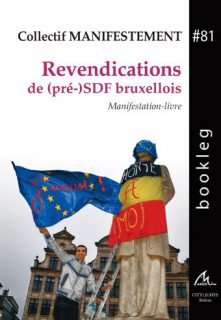 At the end of 2011, DoucheFLUX came about in the wake of a demonstration by the MANIFESTEMENT, organised for and with homeless people living in Brussels. During the preparation of the event, several unexpected and shocking realisations came to light: 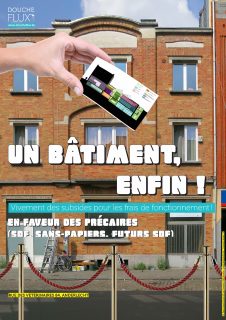 The target population for DoucheFLUX extends far beyond the vulnerable people living in the immediate vicinity of Brussels’ South Station. DoucheFLUX sees itself as an association with a ‘low access threshold’, reducing the conditions imposed on users to the absolute minimum.

The DoucheFLUX project has been designed to complement the work of the various bodies active in the fight against poverty in Brussels. And we intend to encourage partnerships and synergies with individuals and organisations, whether from the social sector or other sectors.

The origins and development of DoucheFLUX have been told in the documentary Shower Power by Effi & Amir (2018).

[1] According to the most recent statistics on the number of homeless and inadequately housed people in the Brussels Capital region in 2020 (see the Bruss’Help report in French or in Dutch).