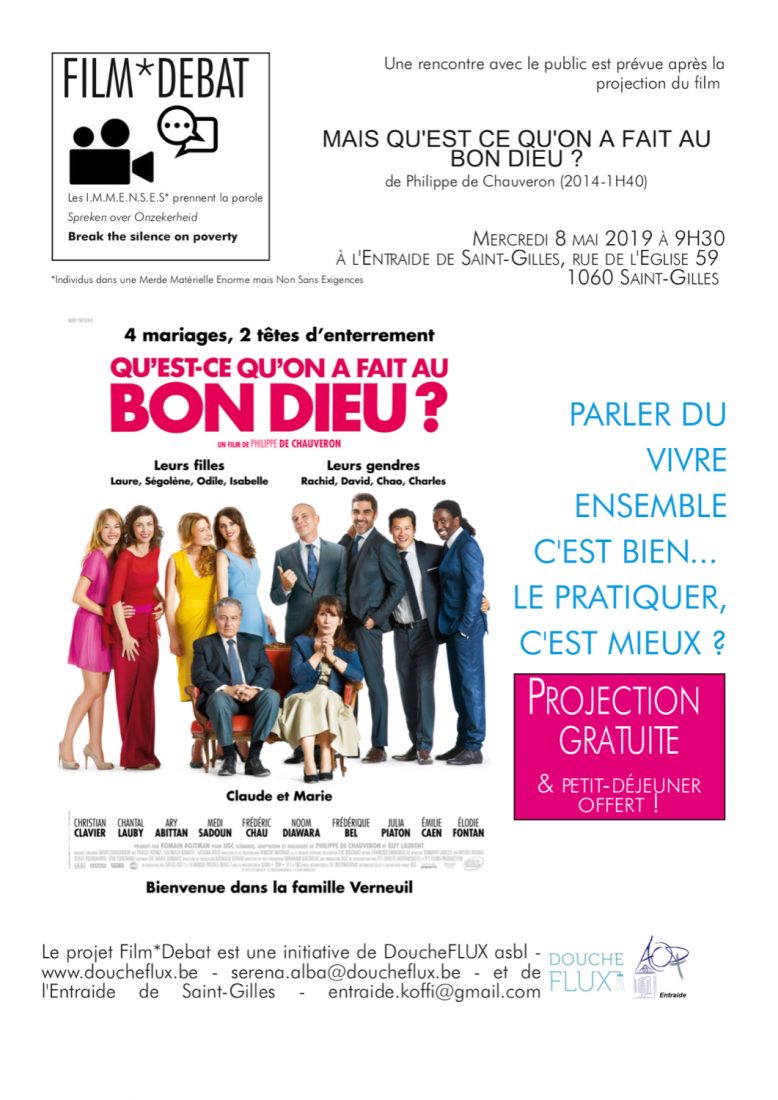 L’Entraide de Saint-Gilles and DoucheFLUX cordially invite you to their May edition of the film-debate project. As a reminder, the idea is simple: projection of a good film around some croissants and coffee, followed by a facilitated debate to highlight everything.

“Claude and Marie Verneuil are Catholic parents coming from the upper middle class, what one may call “the old France”, and they must always practise open-mindedness… It was hard for them, however, to see their first daughter married to a Muslim, the second daughter to a Jew and the third daughter to a Chinese.
They placed their hope in the youngest daughter who, thank God, just met a good Catholic, and their dream of having a daughter married in the Catholic tradition may finally come true…”.

Debate: Talking about living together is nice… Practising it, even better?

For more information, contact Serena at DoucheFLUX or Koffi at l’Entraide de Saint-Gilles